There are speculations that the C.B.I. is keeping watch on the middlemen of corrupt and tainted Judges and it is very difficult for Rhea to get any favorable order by managing corrupt middleman of tainted Judges like Retired Justice Deepak Gupta of the Supreme Court.  Earlier C.B.I. arrested Judges for accepting bribe of Rs. 10 Crores for granting bail to undeserving accused. 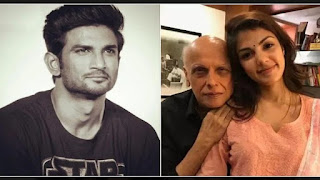 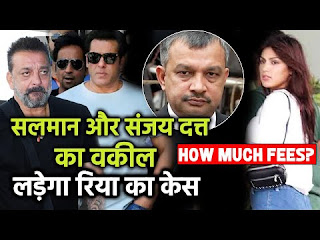 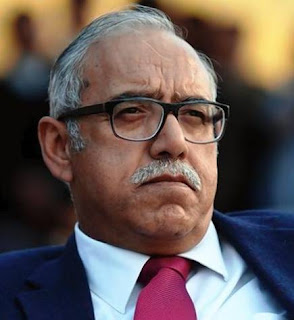 [ Justice (Retd.) Deepak Gupta's corrupt practices to save the accused from serious charges, involvement in anti national activities  is under investigation and the complainant got the deemed sanction to prosecute him. ]

Shushant Singh Rajput’s case again gave room for discussion as to whether C.B.I. is doing surveillance of corrupt and tainted Judges and  their middlemen.

Earlier C. B. I. arrested many Judges. They also  arrested their own advocate. 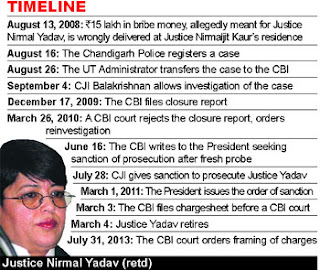 In a sting operation done by a social activist in the case of Jagat Jagdishchandra Patel Vs. State of Gujarat and Ors. MANU/GJ/0361/2017 Judges found to be accepting Crores of Rupees and Gujrat High court ordered investigation by C.I.D. as High Court vigilance officer didn't collected the CDR of accused and suspected Judges.

In R.R Parekh  Vs High Court of Gujarat &Anr. AIR 2016 SC 3356, while confirming the removal of the tainted Judge from the service it is  ruled by the Supreme Court as under;

"  During its investigations against the tainted judge, the CBI has searched the bank locker of his son and recovered an amount of Rs 3 crore. It was looking for the remaining Rs 7 crore, as the agency suspect that an amount of Rs 10 crore changed hands in the deal.

The CBI has also unearthed many other details of the sordid affair including the role of a minister from Rayalaseema region of Andhra Pradesh, a former judge and a goon in arranging the deal under which the judge was paid an amount of Rs 3 crore as advance.

The remaining Rs 7 crore were handed over to him after the bail was granted to Gali on May 12.

In this case Gali Janardhan Reddy was arrested by the CBI on September 5 last year on the charges of illegal mining of iron ore in Anantapur district and exporting it to other countries.

Andhra Pradesh Chief Justice M L Lokur had put the judge under suspension on Thursday after receiving the complaint from the CBI. The chief justice also ordered the legal department to conduct its own probe against the judge. He asked the judge not to leave Hyderabad without permission.

The CBI has unearthed this scandal at a time when another CBI special court headed by Principal Judge A P Ullaiah was hearing the bail petition of YSR Congress president and Kadapa MP Jaganmohan Reddy. The responsibility of Patthabi Rama Rao, the first additional judge of CBI, has also been handed over to Pullaiah."

The CBI Judge had granted bail to Mr. Reddy, the former tourism minister in the Karnataka Government, last month in the Obulapuram Mining Company and mining lease case. He was appointed the CBI judge in April after three courts were constituted.

The High Court Registrar General, Vigilance, in a statement on Thursday, stated that after considering the information received against the judge, the High Court decided to place him under suspension. At least, five members involved the financial transaction, including the son of the CBI judge, are under CBI scanner now. "

" The petitioner Justice Mrs. Nirmal Yadav, the then Judge of Punjab and Haryana High Court found to have taken bribe to decide a case pending before her- CBI charge sheeted - It is also part of investigation by CBI that this amount of Rs.15.00 lacs was received by Ms. Yadav as a consideration for deciding RSA No.550 of 2007 pertaining to plot no.601, Sector 16, Panchkula for which Sanjiv Bansal had acquired interest. It is stated that during investigation, it is also revealed that Sanjiv Bansal paid the fare of air tickets of Mrs. Yadav and Mrs. Yadav used matrix mobile phone card provided to her by Shri Ravinder Singh on her foreign visit. To establish the close proximity between Mrs. Yadav, Ravinder Singh, Sanjiv Bansal and Rajiv Gupta, CBI has given details of phone calls amongst these accused persons during the period when money changed hands and the incidence of delivery of money at the residence of Ms. Nirmaljit Kaur and even during the period of initial investigation - the CBI concluded that the offence punishable under Section 12 of the PC Act is established against Ravinder Singh, Sanjiv Bansal and Rajiv Gupta whereas offence under Section 11 of the PC Act is established against Mrs.Justice Nirmal Yadav whereas offence punishable under Section 120-B of the IPC read with Sections 193, 192, 196, 199 and 200 IPC is also established against Shri Sanjiv Bansal, Rajiv Gupta and Mrs. Justice Nirmal yadav

It has been observed by Hon'ble Supreme Court "Be you ever so high, the law is above you.” Merely because the petitioner has enjoyed one of the highest constitutional offices( Judge of a High Court ), she cannot claim any special right or privilege as an accused than prescribed under law. Rule of law has to prevail and must prevail equally and uniformly, irrespective of the status of an individual. Taking a panoptic view of all the factual and legal issues, I find no valid ground for judicial intervention in exercise of inherent jurisdiction vested with this Court. Consequently, this petition is dismissed.

B) In-House procedure 1999 , for enquiry against High Court and Supreme Court Judges -  Since the matter pertains to allegations against a sitting High Court Judge, the then Hon'ble Chief Justice of India, constituted a three members committee comprising of Hon'ble Mr.Justice H.L. Gokhale, the then Chief Justice of Allahabad High Court, presently Judge of Hon'ble Supreme Court, Justice K.S. Radhakrishnan, the then Chief Justice of Gujarat High Court, presently, Judge of Hon'ble Supreme Court and Justice Madan B.Lokur, the then Judge of Delhi High Court, presently Chief Justice Gauhati High Court in terms of In-House procedure adopted by Hon'ble Supreme Court on 7.5.1997. The order dated 25.8.2008 constituting the Committee also contains the terms of reference of the Committee. The Committee was asked to enquire into the allegations against Justice Mrs. Nirmal Yadav, Judge of Punjab and Haryana High Court revealed, during the course of investigation in the case registered vide FIR No.250 of 2008 dated 16.8.2008 at Police Station, Sector 11, Chandigarh and later transferred to CBI. The Committee during the course of its enquiry examined the witnesses and recorded the statements of as many as 19 witnesses, including Mrs. Justice Nirmal Yadav (Petitioner), Ms. Justice Nirmaljit Kaur, Sanjiv Bansal, the other accused named in the FIR and various other witnesses. The Committee also examined various documents, including data of phone calls exchanged between Mrs. Justice Nirmal yadav and Mr.Ravinder Singh and his wife Mohinder Kaur, Mr.Sanjiv Bansal and Mr.Ravinder Singh, Mr.Rajiv Gupta and Mr. Sanjiv Bansal. On the basis of evidence and material before it, the Committee of Hon'ble Judges has drawn an inference that the money delivered at the residence of Hon'ble Ms.Justice Nirmaljit Kaur was in fact meant for Ms.Justice Nirmal Yadav.

Report of Committee of Judges was served upon the petitioner for her response by Hon'ble Chief Justice of India. " 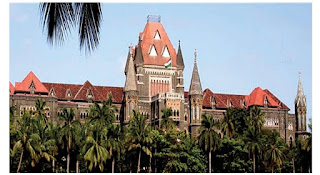 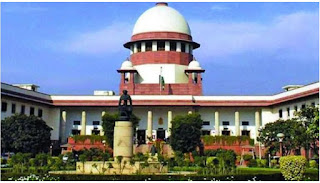 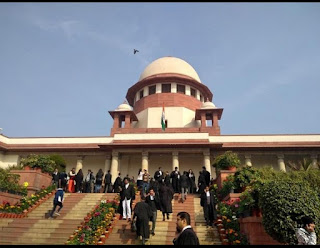